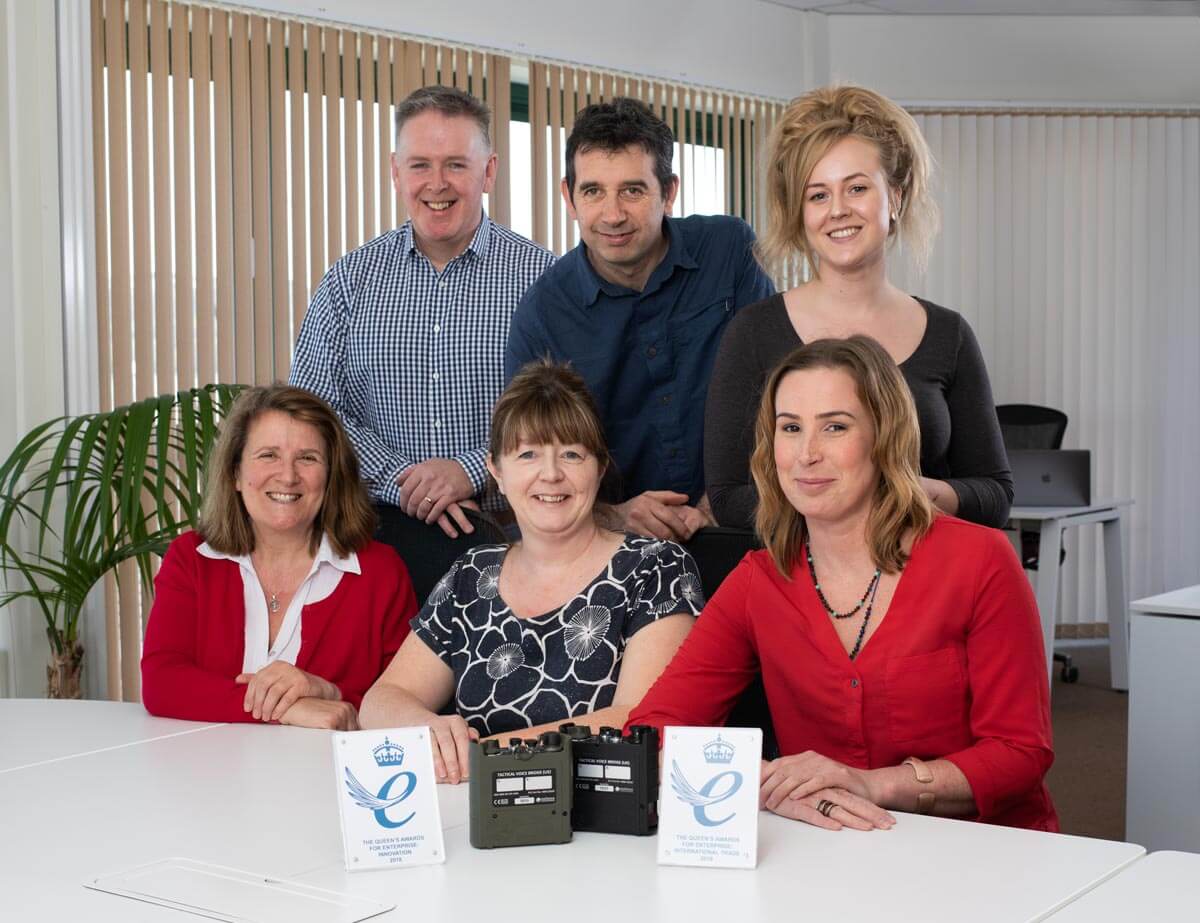 The Queen’s Award for Innovation recognises significant improvements to multi-national military communications made possible by the Resilience Tactical Voice Bridge (TVB). Uniquely, the TVB automatically matches dissimilar radio interfaces making them instantly compatible. Simple to use, reliable and effective the TVB is now is operation with ten NATO nations plus Austria and Australia.

The Queen’s Award for International Trade is granted for an outstanding 1300% growth in export sales over the past three years.

Based in Torpoint, Cornwall, all six employees are from the local community: with four female and two male employees, 50% being former Royal Navy or Royal Marines. Inherently multi-disciplinary, every team member contributes to product design, assembly, testing and quality control.

Joining with a first-class Degree in International Business Management, newest team member Emily says, “I always assumed I’d have to move away to develop professionally; I’m really happy to have achieved that here in Torpoint. I work with fascinating people from around the world, learning constantly as I’m encouraged to take on new challenges by colleagues who truly care about my future”.

Company Director, former Royal Marine Alasdair Keir said: “It’s fantastic to be recognised in this way. More than anything else I’m delighted such a small dedicated team has achieved the highest business accolades available in Great Britain. My colleagues, our suppliers and friends have done incredible work; the awards recognise a real devotion to ensuring our customers get the service they deserve”.

The Queens Awards not only recognise a company’s contribution to UK enterprise but also look at its role within the local community, its environmental impact and the quality of relationships with suppliers, partners, employees and customers. Resilience Communications Ltd has demonstrated a well-developed sense of social responsibility, directly linking commercial success with significant donations to defence and educational charities.

Her Majesty The Queen makes the Awards annually for excellence on the advice of the Prime Minister assisted by an Advisory Committee. Representatives of Resilience Communications Ltd will attend a special Queen’s Award reception at Buckingham Palace to recognise this significant achievement.

The Queen’s Awards for Enterprise is an awards programme for British businesses and other organisations who excel at international trade, innovation or sustainable development. They are the highest official UK awards for British businesses. Her Majesty The Queen makes the Awards on the advice of the Prime Minister, assisted by an Advisory Committee including representatives of Government, industry and commerce, and trade unions.

The Queen’s Award for Enterprise: Innovation 2018. Innovation achievements are assessed for: invention, design or production of goods; performance of services; marketing and distribution; or, after-sale support of goods or services, that have realised outstanding success over 2 years.

The Queen’s Award for Enterprise: International Trade 2018. Winners have demonstrated that their business has achieved substantial growth in overseas earning and in commercial success (for their business size and sector) through outstanding achievement over 3 years.

Resilience Communications - Proud to be an award winning British company 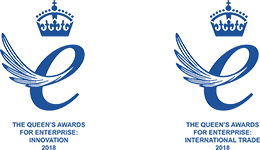